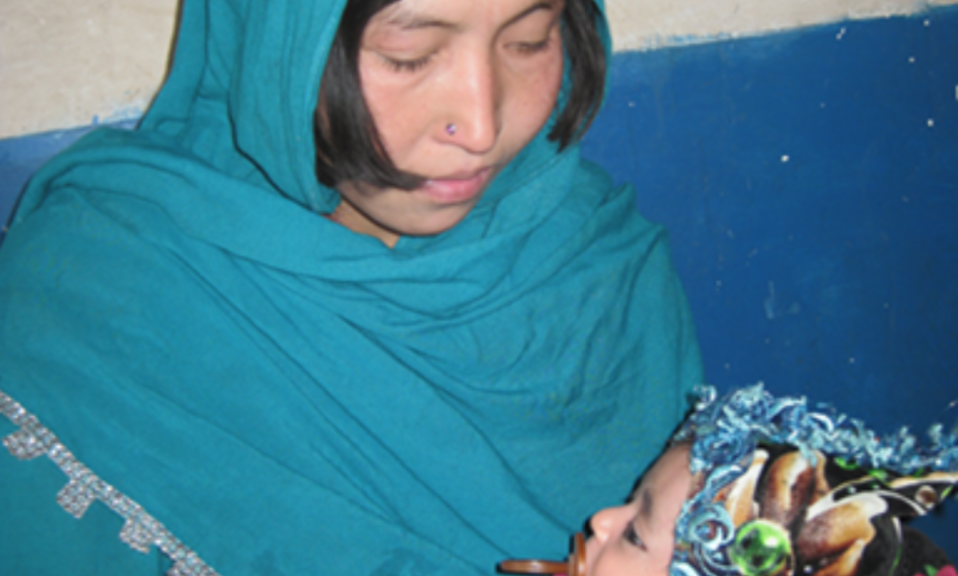 In the Nawur clinic project, mothers and babies are the primary focus of Nai Qala.

Men with a health concern can travel to town to get treatment in a hospital, but the situation for women is more challenging. A woman who is ill must be accompanied to hospital by at least one other female family member and by a male family member. If the woman has children, she must leave them behind if she goes for treatment. Some health problems require a longer stay in hospital and some need medical follow-up over months. Furthermore, families are often reluctant to pay the costs of prolonged hospitalization. Consequently, women simply do not travel to clinics or hospitals that are far away. This is one reason for high female and child mortality rates and it is also why the Nai Qala Association built the Nawur clinic.

Inaugurated in November 2011, the clinic now has 11 staff providing health services for a population of 20,000 in the surrounding region. Since its opening, there have been more than 60,000 consultations, of which over 11,000 concerned children. Some 750 babies had been born in the clinic as of December 2017.

Nai Qala Association is proud to have been in direct contact with the Ministry of Public Health since the beginning of the project. Our original partnership with the ministry was from 2012 to 2016 and we were offered an extension to 2020. The administration of the Nawur clinic was transferred to the ministry in June 2015. In many official meetings the example of the Nawur health centre has been cited to show that it is possible to provide health services to one of the most isolated regions of Afghanistan.

Women in Nawur typically have large families. It is unusual to see a couple with fewer than five children. Most families have more, and it is not outside the norm to have 12 children. Observers may question why parents have such large families, especially given the economic limitations. However, where the survival rate of children is low, it is understandable that parents have more to increase the chance that some will survive. Limitations in care both during pregnancy and in the postpartum period leave mothers and babies at risk.

Reducing or eliminating these risks will reduce parents’ anxiety about their children’s survival and will foster a subsequent reduction in supernumerary pregnancies. The clinic is vital to reducing these pervasive risks.

As of the end of December 2017, 3156 women and 1022 children had been vaccinated in the clinic. Some 13,000 outpatient visits took place for a range of conditions that, without the clinic, would have gone untreated until they became far more serious, and the records show 125 cases of severe malnutrition receiving medical care. Some 175 Nawur patients were referred to other health facilities for more specialized treatment.

The local people have realized the clinic’s value – more women and babies are surviving – and they are determined not to give it up.

Before: she graduated from Nai Qala School and benefited from a tutoring course to prepare for Kankor.
Now : she is studying midwifery in the university

Zainab about Nai Qala school: “We were able to study in good conditions, without the wind making our notebooks fly, without the scorching heat of the sun that made us sweat or without the cold that prevented us from holding our pens ... Thanks to the building we felt comfortable and could participate in the classes and exams without any disturbance.” ... Voir plusVoir moins

Early childhood development is key to success later in life. RT if you agree #EducationCannotWait for young learners.