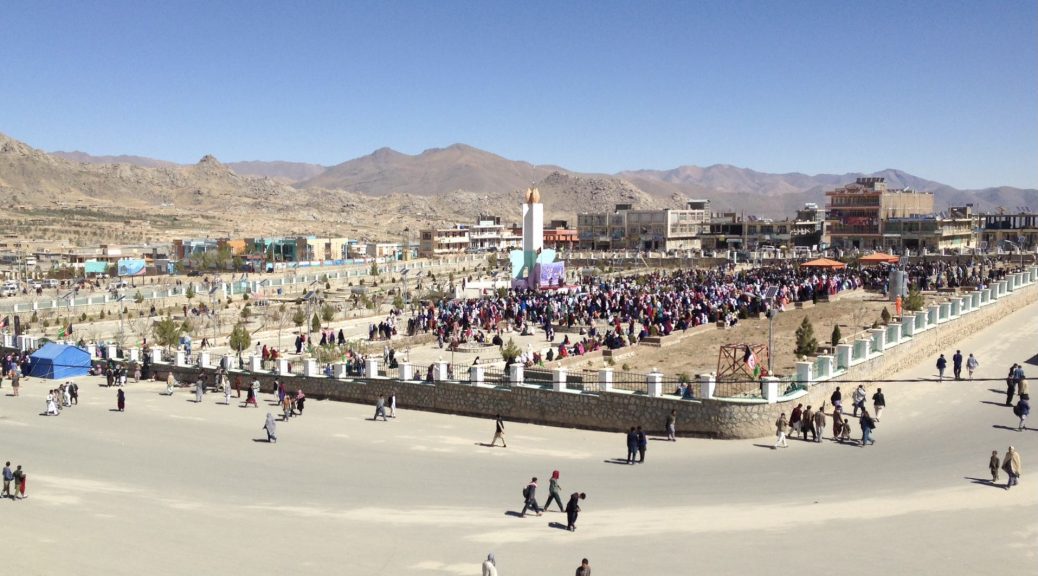 In 2017 Nai Qala began its preschool program in Ghazni province and following its success Nai Qala went on to expand firstly into Bamyan province in 2019, then in the spring of 2021 into the province of Daikundi. All together Nai Qala is currently running 65 preschool classes in 3 provinces.

Daikundi is a new province, created from the northern districts of Oruzgan province that were originally part of the Hazara ethnic region. The Province of Daikundi is surrounded, in the East, by the Provinces of Bamyan and Ghazni, where we already operate.

Daikundi, as a region, has historically suffered deep poverty resulting from an extremely tough geography and unforgiving mountainous region, that kept its people isolated and excluded from most development initiatives. The harshness of the region has created a strong social cohesion among its inhabitants which has made Daikundi one of the most stable provinces in Afghanistan.

A socio-economic survey revealed that half of the population of the province is aged 15 years or younger with the youth aged 15-24 years comprising 20.6 percent of the province’s population, implying therein a very young age structure. This supports the fact that the total fertility rate recorded in the province is high at more than 7 children per woman.

The main sources of income in Daikundi are farming and foreign labor, mainly in Iran. The cultivation of almond trees has recently come to represent a new hope, bringing some income, as the leading cash crop, and providing people with an improved horizon and some prospects for the future.

The central part of the province and the area surrounding the provincial capital, Nili, is home to many internally displaced people who have left a harsh life in the mountains where the land is barren and inaccessible, often with a persistent lack of water, in search of opportunity and a better life. In addition to these internally displaced people, many returnees from abroad are now settling and starting their lives anew in the region.

In the spring of this year, we opened 20 preschool classes in the surroundings of Nili. Our young beneficiaries are mostly from internally displaced families and are living below the poverty line. One of our classes is located in a community composed mainly of former refugees who have returned from abroad. The inclusion of refugee children in a preschool program is very important to the Nai Qala Association. Indeed, the life of a refugee is hard, they are constantly excluded, but their return home is also difficult, as resettlement may not be in the hometown, and life must start again from scratch.

Our preschool classes also welcome a large number of orphaned children. Since Daikundi is a very poor province and very little attention has been paid to development, a remarkable number of men have left in search of work. Driven by poverty, many of them were recruited into the army and fought on the frontline but few returned home. Fatherless children often suffer exclusion and, in most cases, are even abandoned by their mothers when they remarry.

The preschool program in the province of Daikundi targets a new rising population within a dynamic and fastmoving society. People have just settled or are settling in the region of Nili, which makes our investment likely to be sustainable on the longer term. We believe that we can give hope to children and their families through a preschool program. We also have to keep in mind, Daikundi is not a prosperous province with many opportunities and developments. As many communities in Afghanistan, those in Daikundi are going through a tough path. We are especially proud to provide a chance to give a hopeful future for their children.

We were very pleased to inaugurate our preschool education project in Daikundi and to start investing in its children’s future. We look forward to accompanying this brave community, drawing inspiration from them and together implementing important initiatives to contribute to change in this society.