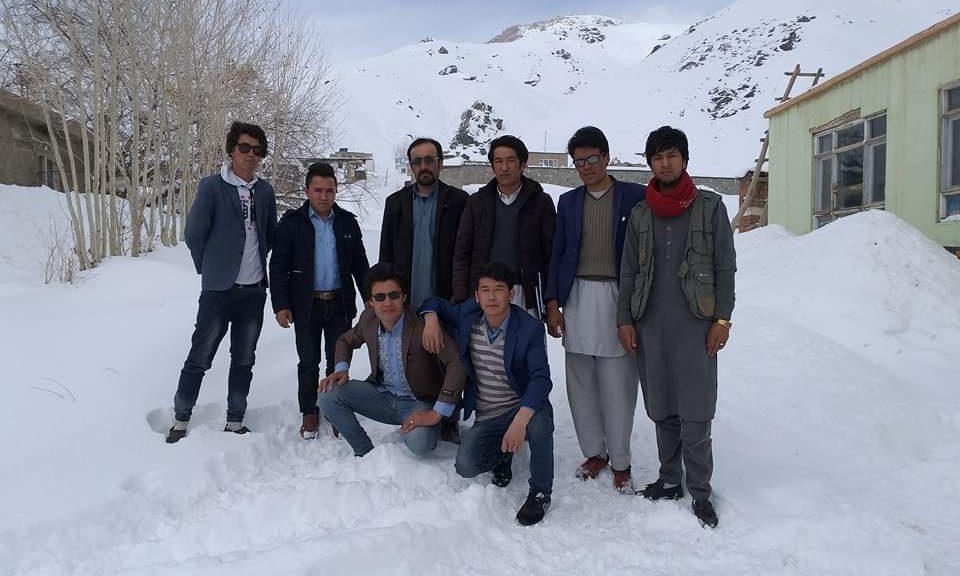 The low quality of education in the country’s remote rural areas is a constant concern for Nai Qala, which was committed to supporting once again a teacher training program this winter.

After having supported in-service teacher training projects in schools built by the Association since 2016, Nai Qala was once again committed to the quality of education through a new project. This program, organized in partnership with a French NGO, aims to improve the language and core subject skills, as well as the teaching skills of ten teachers from Dewan and Safed Ghaow schools.

Over the past four decades, Afghanistan has suffered from severe conflict; war has destroyed all infrastructures and paralyzed the education system. At the same time, we must remember that even before the war, many parts of the country had long been neglected by the central afghan governments. Investment in education was limited to certain urban centers and other regions were forgotten.

At present therefore, the poor quality of education is a matter of concern, resulting from both the war and preceding isolation of rural areas. The main reasons for this problem are the shortage of professional teachers, the lack of teaching materials, the inappropriate classroom environment and threats to security in some areas. In addition, reports also indicate that the teacher-centered approach is still practiced,and that corporal punishment can becommon in some schools.

Despite progress in building teachers’ capacities, more than half of them lack the required qualifications and pedagogical skills, which is considered a major challenge for quality education in Afghanistan. Duria, a young female teacherwho attended the course confirms:“I am graduated from the social science faculty, but I got a position as a math teacher in Dewan School, sincethere was nojobopportunity in social sciencefor me”.

A partnership with another NGO

The new Nai Qala project is being carried out in partnership with the French NGO AFRANE (Amitié Franco-Afghane), which already in 2002 signed protocols with the Ministry of Education to organize training for teaching staff in the schools it supports. Every year during the winter months, AFRANE organizes an intensive training session for teachers in the Waras district. Training generally takes place from January to mid-March, when students are not in school due to extreme weather conditions. Since 2015, teachers have been accommodated in premises built for this purpose by AFRANE, where they are fed and housed because the remoteness and snow make daily travel to their homes impossible.

About a hundred teachers from the district’s schools participated in this winter’s training during which they were not only accommodated in boarding schools but also trained in languages (Dari, English), fundamental sciences (mathematics, physics) and IT. The training was provided by qualified trainers based on the skills and level of the 100 teachers present, and included five hours of instruction per day, in accordance with the curriculum approved by the Ministry of Education and specifically designed to improve theoretical knowledge. In addition, teachers received personal support in the evenings. “As participating teachers were coming from different schools in Waras district, it was a great opportunity to exchange our ideas, and to learn from each other”said Mr. Amir, another teacher from Dewan school.

10 teachers from schools built by Nai Qala in training

The 10 teachers from the 2 Nai Qala schools in Waras district who benefited from this capacity building training were identified by the project managers, in close cooperation with the Provincial Education Directorate. The 10 Dewan and Safed Ghaow teachers, both male and female, spent two months (January and February) in Waras, improving their academic knowledge and pedagogical skills.

Most teachers have received very basic and/or unrelated training in the subject they teach, therefore it is not surprising that they show significant gaps in their own subject. A general review can only be beneficial. Ms. Duria, the young teacher with a social science background concludes after 2 months training: “Now I am very proud and motivated to improve my knowledge and to continue my job as a mathematics teacher”.

Obtaining a quality education is the foundation to creating sustainable development, that is why increasing the number of qualified teachers remains one of the priorities of the Sustainable Development Goals and of the ministry of education. Thanks to this program, more than 750 students from Dewan and Safed Ghaow schools will benefit from better learning conditions.

Emani was in his last year of high school when the school in Sada was inaugurated: “Sitting in a proper classroom gave us motivation and pushed us to question ourselves “who I want to become?” ... Voir plusVoir moins