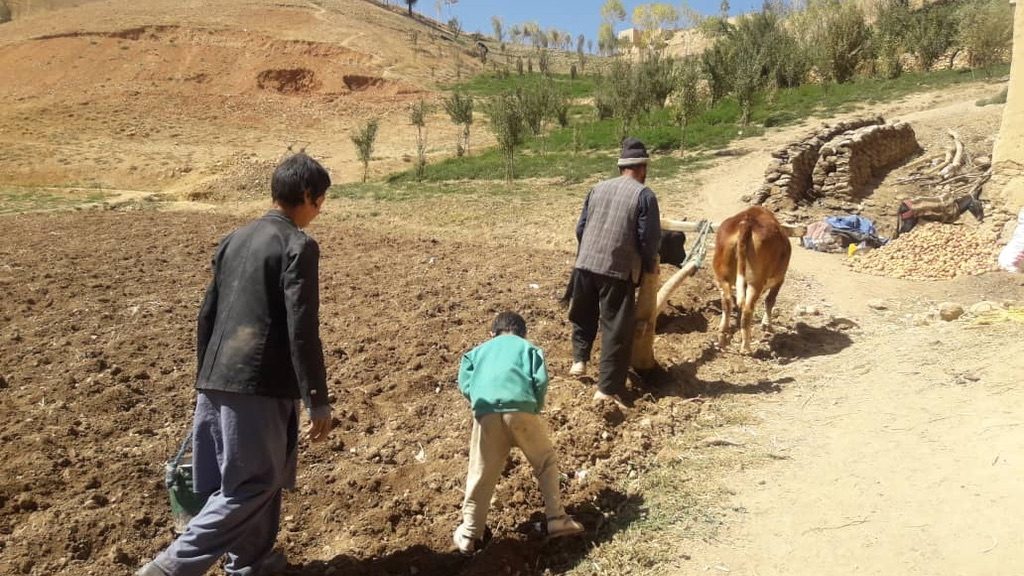 Most children have received no schooling for at least 9 months.

On their last day of school before the winter holidays in November 2019, no Afghan child could have imagined that schools would not resume the following spring. That’s why, in March, when the country’s health and education ministries announced the closure of all schools, children understood that the current winter holiday would be extended indefinitely to contain the outbreak of coronavirus.

The Ministry of Education quickly put in place an emergency response plan for the Covid-19 pandemic to continue the delivery of education services to students in their homes. This plan focused on distance education using television, radio or the web, and on small group teaching for students.

Schools in Afghanistan were in crisis before the pandemic, but the situation has worsened, even more so in rural areas. With 55% of the population living below the poverty line, many families simply cannot afford to have access to the internet. Only 14% of Afghans use the internet and there is a wide disparity between urban and rural areas.  In addition, the availability of electricity has a significant impact on the population’s access to television and radio. In the remote rural areas where Nai Qala operates, a very small part of the population has a television powered by solar batteries. During the closure of schools, it was not unusual to see teenagers walking for several hours once a week to an urban center with good internet access to follow the government’s education program. Some highly motivated children, supported by their parents, moved to relatives in the cities to continue their education. Unfortunately, this was only the case for a minority. Most of the children had no opportunities for education during the closure of the school.

In rural areas, where only 13% of women and 45% of men are literate, many parents simply cannot help their children to study. For many parents, the closure of schools was seen as an economic boon. Parents who do not fully understand the role of education were rather satisfied to have their children at home and make more use of their children’s free time to help boost the family’s income, by making carpets or doing embroidery. During this period, the schoolchildren supported their parents more in household chores, in the fields or in animal husbandry.

The reopening of schools is encouraging

At the end of August, the government authorized the reopening of classes for 11th and 12th grade students. This was a relief and a great joy for the older teenagers, especially for the girls from Anda, who for the first time were able to take advantage of the facilities of the new school that Nai Qala built for them in 2019. In an already fragile environment where access to education was already a challenge, the pandemic could make the situation even worse, but having a decent educational environment with well-equipped school buildings is certainly an incentive to bring more children to school and retain them there.

Since the beginning of October, children of all ages have started going back to school. The schools built by Nai Qala have returned to full capacity and, as  a former preschooler with Nai Qala who has just started school in Sokhtagi says: “I am happy to be at school“.

We create spaces and opportunities for girls to showcase their talent and abilities, to boost girls' confidence. #Afghanistan #education #womenempowerment @unwomenafghan