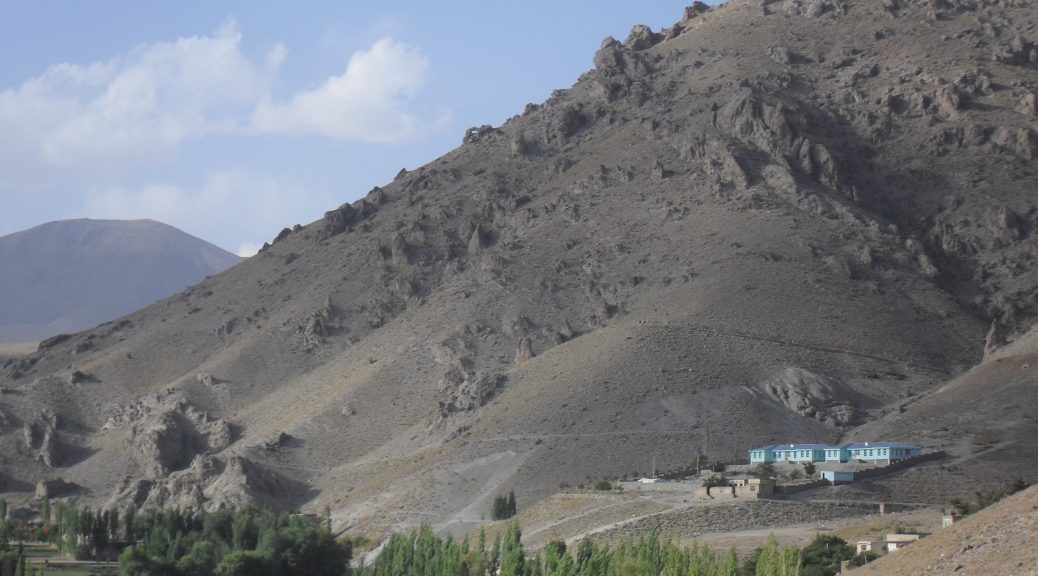 Nai Qala’s president, Taiba Rahim, speaks about the origins of the name of the organization.

“Today I would like to share how the Nai Qala Association began. First of all, what does Nai Qala mean?

Nai (ني) is the bamboo plant. But Nai also means a flute (the musical instrument). Qala means a fortified city. So Nai Qala is “city of bamboo”. People say that there were many bamboo plants in this valley in the past, though there are none there today.

However, there is also another story about Nai Qala’s origin. Nai Qala is located in the district of Qara Bagh, in Ghazni Province (south-central Afghanistan). The Ghaznavid dynasty ruled Ghazni from 998 to 1030 – part of an empire that extended into India.

Legend has it that in the Nai Qala region there was a prison. Travelers who passed through this region reported hearing the sound of home-made flutes – played by prisoners passing the long days. So the name of Nai Qala could be linked to the “city of bamboo” or to the “city of flutes”.

My father was born and raised in the Nai Qala valley. Despite its rich history, the area has been forgotten for centuries. When my father was growing up, Nai Qala had no school, no clinic, no road and absolutely no infrastructure. He was a humble and modest shepherd but with a great vision. I am one of his nine children. He was convinced that only through education could we extract ourselves from poverty and isolation.

He made a decision that was both courageous and unusual for someone from that region. He left Nai Qala and moved to a town where it was possible for his children to go to school. All of us children got a decent education. I am very grateful for that and today I want to honor my father and continue his vision.

In 2007 I created an association with the aim of building schools for the thousands of girls and boys in those remote regions. I named this association Nai Qala because:

Today NQA has expanded its activities in many other rural regions but I shall always remain committed to that village, and others like it. I remain committed to my country which, I believe, needs my contribution if ever we are going to give Afghanistan’s children hope in the future.”

Emani was in his last year of high school when the school in Sada was inaugurated: “Sitting in a proper classroom gave us motivation and pushed us to question ourselves “who I want to become?”