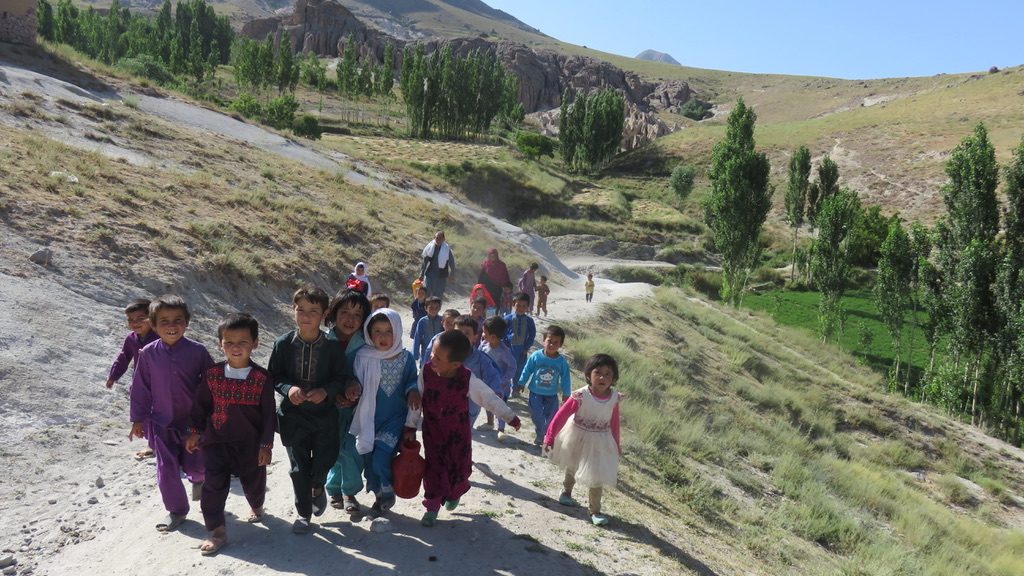 Nai Qala Association started its pre-school program in the Nai Qala valley in 2017. The objective was to provide pre-school for all the children from the villages in the catchment area of the 3 schools that Nai Qala built there between 2007 and 2010.

Nai Qala’s employees were able to convince 9 villages to take part in the program, but there was one village that was not interested in pre-school. The villagers did not want to meet the Nai Qala team. They were not ready and did not understand the need for the program. When the local community refused to meet the team in 2017, of course it was extremely difficult to leave the village while knowing that many children were being left behind and missing out on such a program. This was a very sad moment…

The Nai Qala pre-school program has been a success

Nai Qala Association successfully started its program in the other 9 villages and the parents and communities soon realized that this program was even better than they had imagined. Their children came home with many positive changes. They noticed how their children had improved social skills and had more of an awareness of their environment and their family; from greetings and politeness, to being able to identify basic reading and writing at a very young age. In addition, the children started to have more self-confidence and develop a sense of identity and pride that was hard to imagine before. Most importantly the community realized how the parents are involved in the education of their own children through parent-teacher meetings as an integral part of our pre-school program.

The community changed its mindset

It was not long before the recalcitrant village heard good things about the program and developed an understanding for what it was about. In particular they were convinced by the fact that parents were able to contribute by taking part in the parent-teacher meetings. The village started to regret their initial reluctance to open up to the idea of pre-school and felt left out. They observed and followed closely how the program was implemented elsewhere and then they held several meetings and organized classes themselves until eventually in the spring of 2019 they invited Nai Qala’s team members to the village and announced that they were now ready to set up a pre-school class.

As part of our pre-school program, we hire a teacher directly from the community to teach the children, but in the case of this village it was difficult to find someone locally who was suitably qualified to be a teacher. We finally found a young lady who had only graduated from 8th grade but we decided to hire and train her, so she was capable of leading a class.

Now in this village the parents are present at each parents’ evening and realize the importance of education. This story shows that the community itself once it was convinced by the program it welcomed it. This is the key to change! Any society will only develop when it  is itself convinced and ready. Then it will participate fully in the program which will be successfully sustained. Our pre-school program is community-based, and the active participation of the local community is crucial.

We are very proud to be part of such long-lasting change in those remote rural regions. It is thanks to the Nai Qala Association that that village and others like it opened up to the idea of education and its importance for their children’s future.

Emani was in his last year of high school when the school in Sada was inaugurated: “Sitting in a proper classroom gave us motivation and pushed us to question ourselves “who I want to become?”