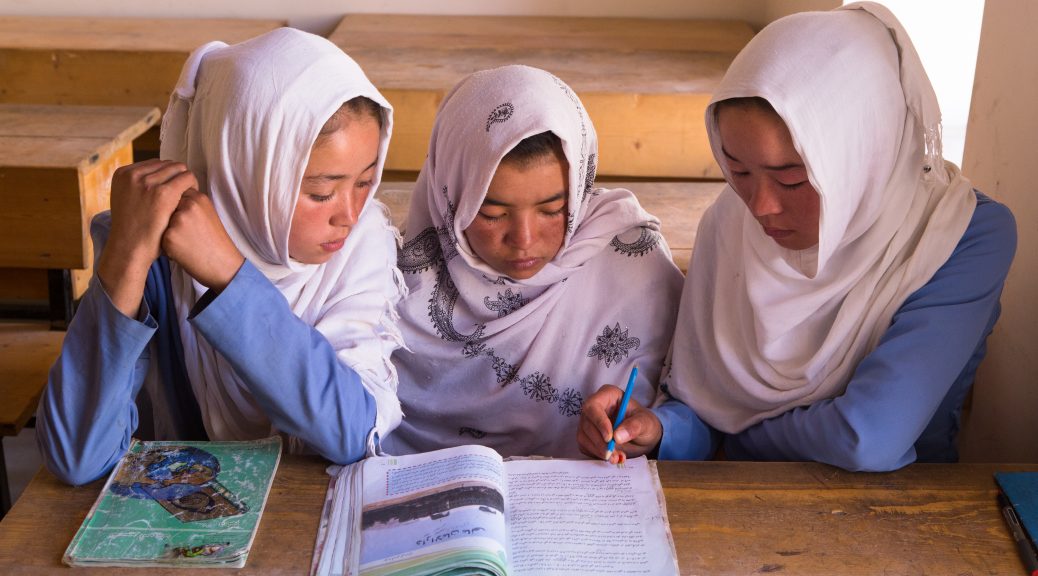 Improving the quality of education provided in the schools Nai Qala has built.

Overall, the quality of education in Afghanistan in particular in the rural areas is very low. To remedy this, the Nai Qala Association is not only providing school buildings in those isolated regions but also several tutoring classes in sciences, and preparation courses to the national test for university entrance. Without such classes, many girls would not have taken the exam, as parents do not have the means and motivation to send them to towns to get private lessons.

The role of Nai Qala’s teacher training in capacity building is much more than transferring scientific knowledge.
Inspired by her experience with western school systems that promote regular communication between teachers and parents, Nai Qala’s president motivated the teacher-trainers to establish such a culture. Trainers meet parents to encourage them to be supportive at home with their children. In remote rural regions, many parents are illiterate and cannot help children with their homework but can support them by giving them space and believing in them.

The trainers are very aware of the importance of the role of parents in children’s education and have realized that such support was missing in their time at school. Nai Qala’s teacher-trainers even go to visit parents of those students who do not participate during class; they walk for a few hours to find an almost isolated house, in the mountains, with a tiny piece of land and a few heads of cattle. When parents first see the teachers they are a bit afraid, wondering what they want from them and why they are coming to their house. However when the teachers introduce themselves and explain that it is part of their role to meet the parents, not only because their child comes to the capacity building class but also to congratulate the parents for sending them to the course, many parents cannot believe what they hear and get emotional. Amazingly, the teachers very often see a different attitude in their student in the next days. This girl or boy comes earlier to school and interacts more, now being aware that their teachers give them importance.

Teachers take initiatives to triggers girls involvement at school.
Teachers discuss among themselves the participation and involvement of students in the class. They, for example, decided to split into different classes two sisters who were too passive during the courses and encouraged the other girls in the classes to support the sisters. The girls cried and suffered a lot from the separation for a few days but then became the most talented students in the school after a few months.

A change in the mindset of teachers on girls’ education.
Nai Qala’s teacher-trainers themselves come from remote rural regions of central Afghanistan, originating from poor and traditional communities. “When I was in school, I studied in a mixed class, with girls. I always had one point in my mind: why should girls come to school? They are not made for school, what for?” remembered Jawad, a 26 year old, Nai Qala teacher-trainer. The job description of the teacher-trainers puts a special emphasis on girls’ education. Teachers have not only received training on human and women’s right but have also been coached by Nai Qala staff on how to encourage girls and their parents. Jawad recounted how once he saw a girl answering a very complex math problem in front of the class, his perception about girls was changed forever: “She started to write and competently solved the problem. In that minute, I went deep in thought and questioned myself: why was I so negative about girls? Is it the society that influenced me? Many questions came to my mind and on that night I could not sleep well… After that day, I became so determined that I must help girls. This is now my third year that I teach girls and help them in scientific subjects, together with my colleagues. Up to now, I have been helping about 1000 girls between the ages of 12 to 18. I never imagined I’d be able to do my job with such motivation. It is never too late to realize that girls have the same talents and deserve the same rights as boys. I am grateful to Nai Qala for helping me to realize this important point”.

With Nai Qala’s support, hundreds of girls are on their way to university. In one of the least developed rural regions of Afghanistan, this represents an extraordinary change and brings hope. The capacity building program is a tremendous platform that allows gradual cultural changes to be brought to the remote regions and promote girls’ education.

The teacher training weeks are much more than the preparation for the management of a preschool class.It is a profound empowerment of young female leaders in their communities, supporting them in their efforts to earn and gain respect through competence and professionalism. In a society, where the role of women has often been limited and minimized, this empowerment is the path to greater confidence and recognition. ... Voir plusVoir moins

Our training for preschool teachers is not only about leading a class. It empowers young women to be leaders in their community.
#education #womenempowerment #empoweringwomen #Afghanistan #AfghanWomenStrong